Deborah was an unusual woman for her time and culture. Even today, she would be inspirational and unique. Her story appears in the book of Judges, chapters four and five, at a time when Israel had no king. God raised up men, and at this time a woman, to be leaders in the country. But who was Barak? And how, and why, did Deborah and Barak come to work together?

Deborah was at the head of the nation of Israel and regarded as the leader of the people. She was a married woman, but her husband Lappidoth doesn’t feature in the story. The couple do not appear to have had any children, but Deborah refers to herself as ‘a mother in Israel’. Of course, this could be a symbolic title of her role to lead, guide, and care for the people. She was also referred to as Deborah the prophetess, the mouthpiece, the bringer of God’s word to the nation.

Deborah held court under a palm tree, in the hill country, between Bethel and Ramah. Conventionally justice was distributed at the City Gate where the Elders of the town would meet. Deborah, I believe demonstrates wisdom in choosing not to challenge convention. She appears to be confident enough in her own role and position to establish herself elsewhere. And the people who want to have their disputes settled come out of the town to meet her.

Who was Barak in the Bible?

Jabin, a king of Canaan, had cruelly oppressed Israel for over twenty years. The commander of his army Sisera had a significant military advantage with nine hundred chariots. Eventually, Israel cried out to God for help. And Deborah the prophetess sent for Barak, the son of Abinoam, from Kedesh in Naphtali.

Who was Barak in the Bible? Well, there is no information about Barak before Deborah sends for him. He is introduced into this story by his name, the tribe to which he belonged, and the place where he lived. Barak means thunderbolt, a warrior’s name, and he is remembered as one of the heroes of faith in the New Testament. (Hebrews 11:32)

It was God who chose Barak, to gather ten thousand men from Naphtali and Zebulun, to fight against Israel’s enemy. Deborah the prophetess, was God’s mouthpiece, relaying God’s word to the people in answer to their cries for help.

What is the Story of Deborah and Barak?

Barak was to gather the men and lead them up to Mount Tabor. On the slopes of the mountain, they would be safe from chariot attack. God promised that He would lead Sisera, the commander of the opposing army, with his chariots and troops to the plain alongside the Kishon River. And there, God would give the enemy into Barak and Israel’s hands.

In response to Deborah’s message, Barak came to her court to hear the word from God. He was willing to accept his commission, but with one condition. Barak would only go up against the enemy if Deborah would go with him. Because of his choice here, God states that the honor of defeating the enemy would be given to a woman.

The mustering and assembling of such a large army took some time and did not go unnoticed. Deborah and Barak with the Israelite army gathered on the slopes of Mount Tabor. Sisera realized that the Israelites were preparing for battle – they were going on the offensive. He gathered his chariots at the Valley of Jezreel alongside the Kishon River. Sisera chose the site of the battle, where his chariots would have an advantage with plenty of room to manoeuvre.

“Go! This is the day the Lord has given Sisera into your hands. Has not the Lord gone ahead of you?”

As Barak advanced, the Lord – as King at the head of His army – routed Sisera and all his chariots. The Lord fought for Israel with a storm, which caused the river Kishon to flood the battle plain. This removed Sisera’s advantage and caused total panic amongst his men. Barak and his men pursued the chariots until they were all destroyed by the Israelites – a decisive victory!

There is strength in collaboration when God is at the centre. This story is a powerful illustration of working together, with our skills and talents complementing one another.

“Two are better than one, because they have a good return for their labor: If either of them falls down, one can help the other up. But pity anyone who falls and has no one to help them up. Also, if two lie down together, they will keep warm. But how can one keep warm alone? Though one may be overpowered, two can defend themselves. A cord of three strands is not quickly broken.”

When you study the different leaders that God chose to raise up, in the book of Judges, they have little in common. God does not have a blueprint of gender, nationality, education, status, or even skill – He looks for those who are willing to serve.

Why Did Deborah Call Barak?

Deborah was obedient to the word that God gave her – to call for Barak. It is also possible that she recognized that she would not be able to raise up and lead an army, that the men would not respond to her as their leader for battle.

Deborah was willing to step out in faith, to leave the comfort zone of her court, and come out from under the cover and protection of her palm tree. She was willing to be vulnerable and to place herself in a position of potential danger. Deborah went into battle, placing her trust fully in God.

Why Did Barak want Deborah to Go with Him?

Barak was obedient to God’s call on his life and after twenty years of being oppressed, he was willing to take up arms and fight. But he set a condition. It is possible that Barak recognized that by having Deborah at his side, his faith and leadership would be bolstered. The presence of the prophetess, bringing God’s direction and guidance, would be reassuring for the men who were about to fight for their lives.

Barak was willing to summon his tribesmen for battle. He was willing to forgo honor and glory for himself and to see the enemy defeated by whatever possible means.

Deborah and Barak were successful for God instigated this partnership. He looks for those who are willing to be committed to Him and draws them into His plans and purposes.

Deborah showed her wisdom in where she chose to speak and act by acknowledging the boundaries within her own community. She did not challenge the established order but instead revered the word of God and followed His principles – to show respect to the elderly and to those in positions of authority. God will always honor our obedience. He will make a way for our gifting to operate and for our voices to be heard.

“The fear of the Lord is the beginning of wisdom, and knowledge of the Holy One is understanding.”

Barak was a man of faith. Doubt and timidity when recognized are not the enemies of faith – constricting fear is the enemy. We are defeated if fear holds us back from fulfilling our God-given purpose. But doubt and timidity can drive us to prayer and dependency on God, which is a good place to be! Our faith is never perfect, belief and unbelief are often mixed together. When we humbly acknowledge our weaknesses, God is gracious to provide all that we need.

“Lord, I believe; help my unbelief!”

There is a part of the story that is unfinished here. What happened to Sisera? And the word of God that the honor of the victory would be given to a woman?

Read More: Who was Jael in the Bible?

Sign-up to receive the limitless-horizon fortnightly newsletter and you get access to a subscriber library of free Bible study and prayer resources to download. This includes this 14-Day Deborah Bible Study and a Four Session Group Study PDF to download and print off! Just fill in the form, either at the bottom of this page or in the sidebar to join our email community…

Or you can purchase a 14-Day Deborah Bible Study Journal – digital printable – from Etsy! CLICK HERE

The full in-depth Deborah Bible Study also links to four devotional videos on YouTube – this reflection is Deborah & Barak, The Power of Collaboration!

9 thoughts on “Deborah and Barak Working Together” 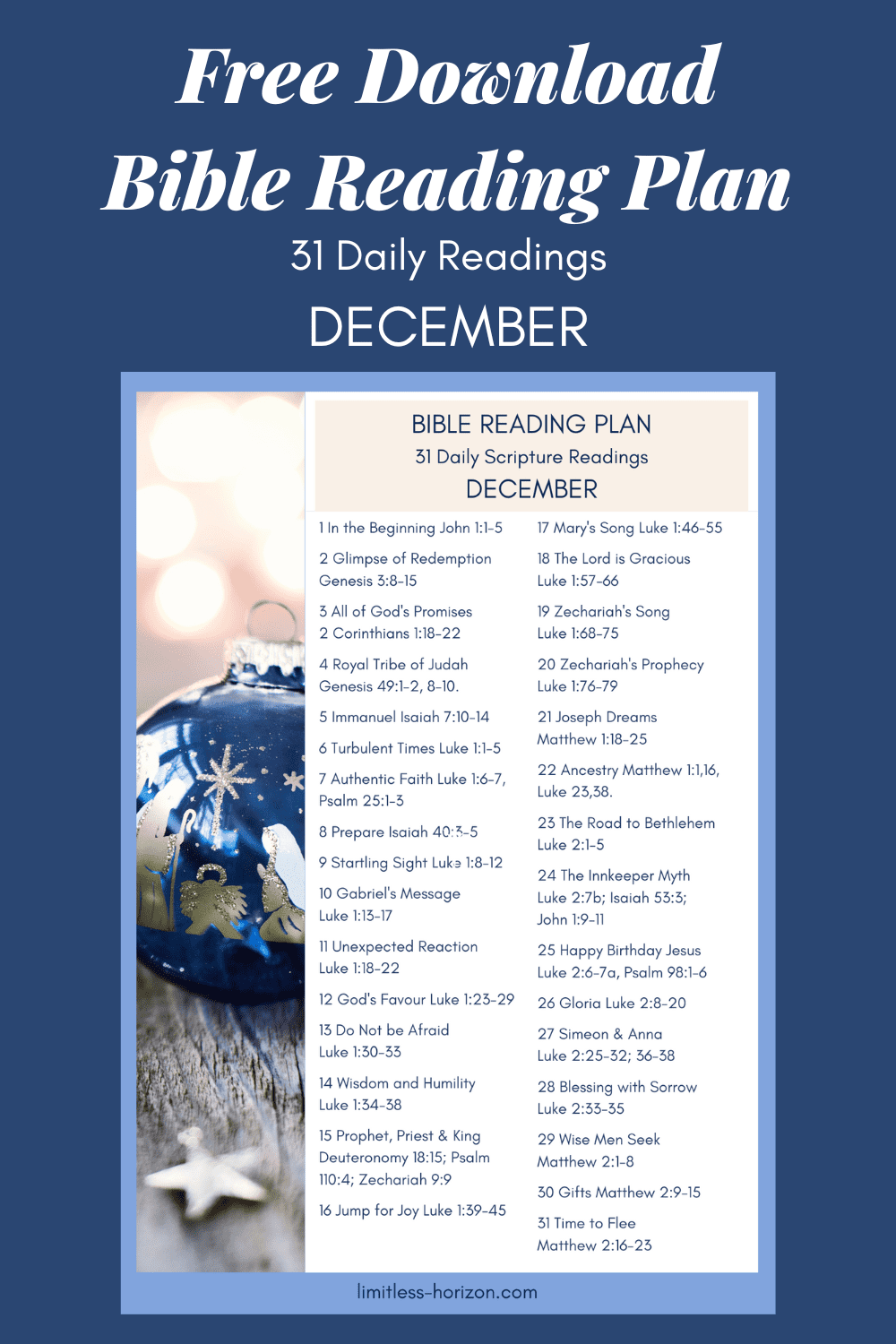